In both phalaenopsis and chrysanthemums, Dutch growers CJ Orchids and CornelisJan Flowers recently switched completely to full LED. A third garden with campanula will follow soon. The fixtures are produced by MechaTronix, both greenhouses are equipped with full LED and separately controllable far-red. In addition, the units are dimmable. 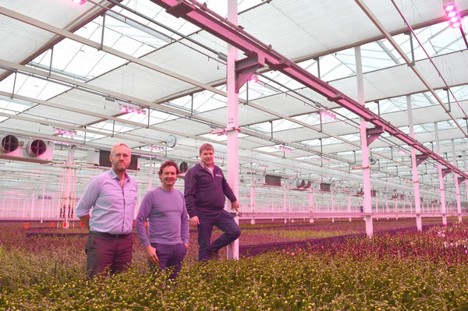 The SON-T was nearing the end of its lifespan, but the main reason for switching to LED is the recent high energy prices. We talked to Heimen Quik and Kees Satter, who run the three nurseries together. Together with sales director of MechaTronix Patrick Casteleyn we take a look in the greenhouse.

"The quality of our phalaenopsis is good, and we have heavier chrysanthemums, which is great," Heimen and Kees sum up. "Switching separately with far-red proved to be a golden touch; applying a little bit of far-red at the end of the day makes a big difference. Even summer varieties perform well in winter."

In terms of heating, the growers say they did not once run into problems, despite the fact that the greenhouses are not that new anymore and they have only one screen. "A second one would be nice, we could save even more energy, but who says it can't be done: it can be done. There is one condition, though, you have to be able to dehumidify properly. Otherwise it won't work." 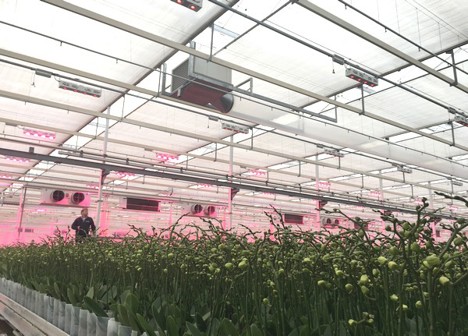 To illustrate, the fixtures in front only have far-red switched on

In recent years Mechatronix made some huge steps in the horticultural business, both in terms of innovation as in expanding its customer base. "There is a lot of knowledge and 'innovative' development on our part, but horticulture itself is a fairly conservative world," Patrick says. "Because of the current energy woes, growers are forced to look further. In a way, we benefit from that development. We are one of the first on the market with dimmable LEDs that are also wirelessly switchable and controllable per unit or section. Each lamp has its own IP address, so to speak, you don't need to reckon with any cables." 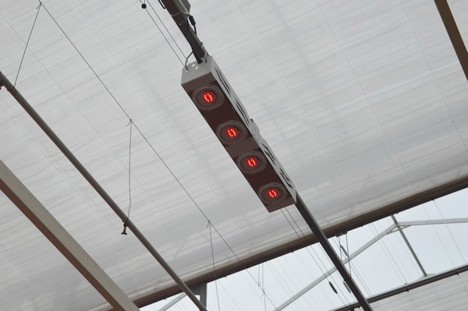 Dimming is more than just a handy feature: for the grower, it offers tremendous opportunities to switch with both daylight and actual energy prices. Moreover, the light does not 'hit' all out once you switch it on, as is the case wit SON-T, so plant/climate stress can be avoided. In addition, the light distribution is more even, and also it produces significantly more µmol with less electricity.

According to the growers, one area of concern is the climate computer. "It just lagging behind. We want a single system with which we can control the climate in the greenhouse and with which we can also automatically switch with the current energy prices and weather conditions. Before LED, all that was possible, but not anymore. That's because cultivation itself has changed, but its up to them to keep pace." 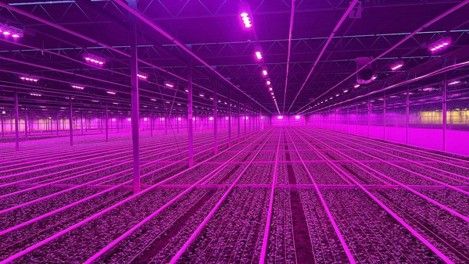 View into the chrysanthemum greenhouse

Over the past year, CJ has invested heavily in making cultivation more sustainable. Investments include heat pumps, a new CHP, Airmix fans, a thicker CO2 pipe from the CHP in the orchid greenhouse to the chrysanthemum greenhouse, solar panels, and more. All in all, an investment of millions of euro's, which in the near future could hopefully be offset against a reduced reliance on natural gas. According to initial calculations, 30% saving should be possible. 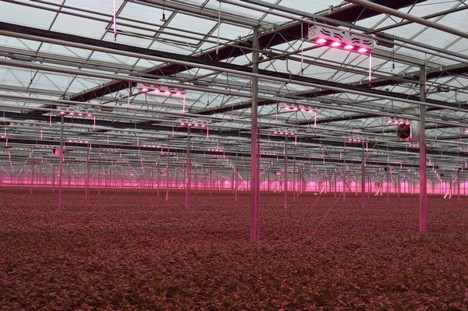 Due to the uncertain market situation, cultivation schedules changed several times over the past year. This required flexibility from MechaTronix in terms of service and delivery. In addition, the manufacturer has helped the grower with a temporal solution making it possible to manage lighting on the one hand and actual energyprices on the other. As stated above, there is room for improvement, but as far as lighting is concerned, the grower is wel l equiped for the coming next 10-15 years, even if they would decide to switch to other crops.