It's time to put the spotlight on the strawberry - and not just the spotlight but also the HPS and the LED lights. Following tomato growers, more and more strawberry growers opt for year round production of the red fruits. According to Koen Vangorp with Mechatronix, it is both the favorable market conditions as well as the lowered cost price that makes LED lit cultivation interesting to growers. 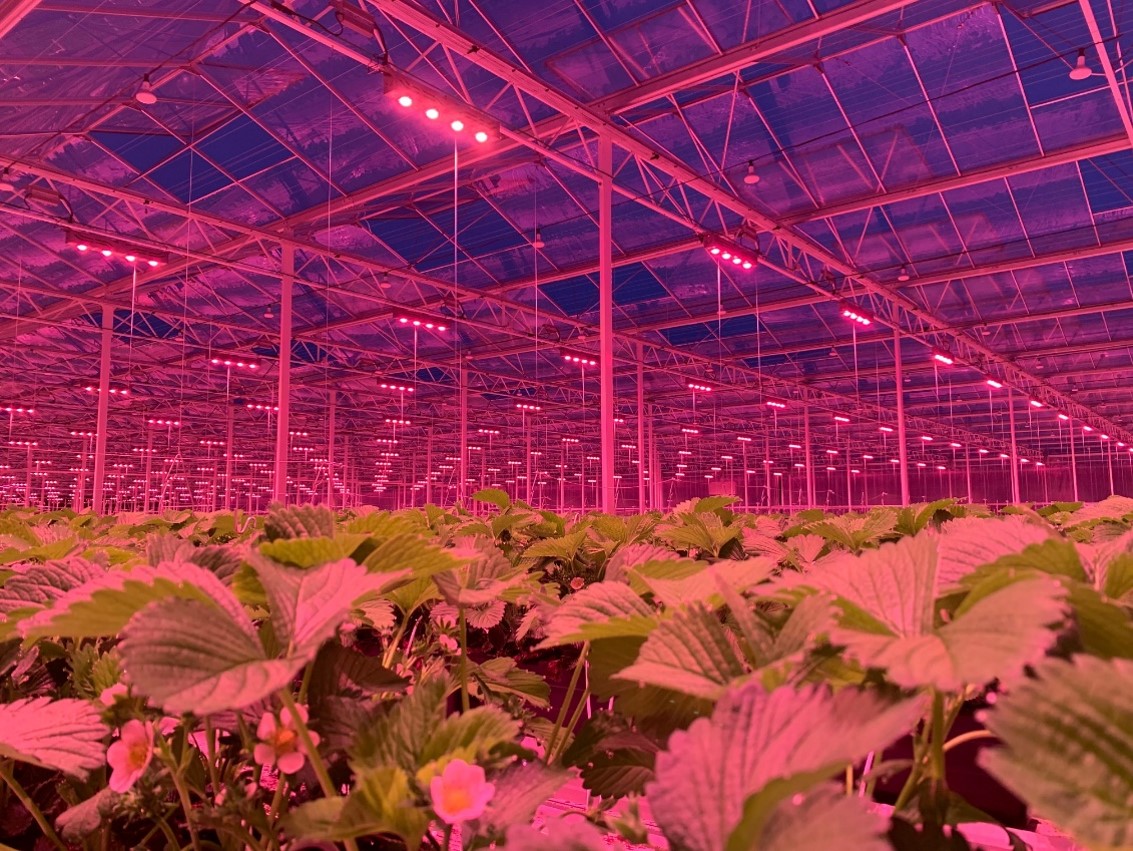 It's a development the tomato industry has been through a couple of years ago. Following demand from the retail for a product that's available year-round, is grown in a well-known and closed value chain and offers constant quality through all the seasons, locally grown Belgian products have replaced import from for example Spain more and more. The same is going on in strawberries nowadays: In Northern European markets locally grown produce competes with import product. To answer the demand from the market in terms of quality and quantity, lights are being installed.

"We see the illuminated acreage is kicking off", says Koen. "For ourselves, we'll be installing LED lights on 86.000m2, spread out over seven growers, all opting for year-round cultivation. There's at least another 9.000m2 being installed by other suppliers." In addition there's at least 4 more growers waiting for the paperwork to be completed - something common in the Belgium industry. "In total the acreage will grow by 10 to 14 hectares."

The expansion is driven by the good prices over the last couple of years, but that's not the only reason. "It's the consumer that's the final driver of this development. Their behavior is changing: products that were seen as seasonal before are now available year round, yet Belgian strawberries still had to deal with a gap during the winter. Consumers had to rely on Spanish strawberries: of a fair price, but in terms of taste and quality playing in a different league."

Koen says how groups like Coöperatie Hoogstraten educated consumers about the quality and heritage of strawberries, resulting in a higher demand for locally grown product. 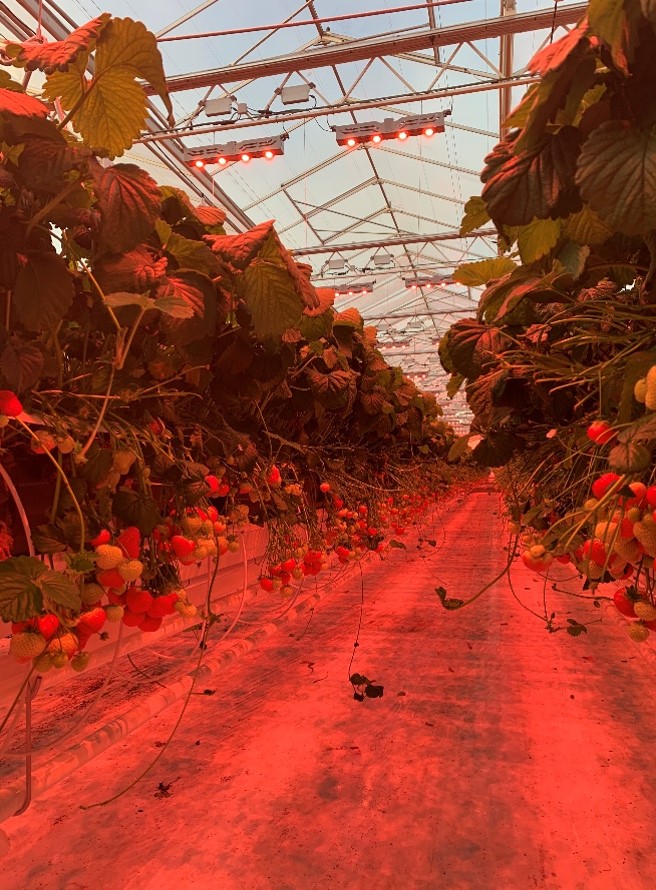 There's another drive for the growth of the LED-lighted acreage and that's the developments, making LED lights more interesting to growers. Koen explains how they developed a new way of using the LEDs. "Strawberries grown in the winter were quite expensive - either if they were grown with HPS lights of with LEDs. For the HPS-grown products it's the electricity bill raising the cost price, for the LED lights it's the high investment that has to make an ROI. By adjusting the strategy for the LED lights, we can lower these costs significantly", he says.

Starting point is to not think about replacing SON-T by LED lights. "For a long time the thought in lighting has been to replace the exact amount of light given by a 1000W SON-T fixture. This often resulted in a 600W LED fixture and with this lights growers would have to invest more, but would save on their electricity bill", Koen shows. "There's many crops in which this works, but for strawberries it resulted in an investment per square meter that made it difficult to grow for a competitive price. Even though the electricity bill would be significantly lower, a grower would be dealing with a cost price that's up to 1 to 1.40 euro higher, depending on the specific variety and circumstances." With LEDs expected to have a longer lifespan, the cost price could be lowered again - yet according to Koen this is not the way to go.

"We've been involved in the lighted strawberry cultivation for many years now and following the input from growers and crop advisors, we changed our point of view and started to think on how we, as a producer of lamps, could lower the cost per meter and per kilo in this cultivation." The result? Fewer lights in the crop, more light on the crop. It might sound simple, but according to Koen's calculations it is possible to lower the initial investment with more than 25% compared to other LED suppliers.

Then there's the electricity costs and how to deal with this in light of the demand for more light in the illuminated strawberry cultivation. "Both for the winter cultivation as for prolonging the traditional season the recommended light levels have increased by almost 30% over the last couple of years. Yet even though the plant might not need this during the whole cultivation cycle, you will be adding the extra light throughout the season - resulting in higher energy costs. That's why we've opted for steerable light", Koen says.

"During the first weeks of the cultivation and also during the last weeks of the harvest, the plant load is significantly lower. Even if you want to retain the maximum yield, the light level can be lowered, resulting in a beter plant balance and, when the LEDs are programmed properly, a 20% reduce of the electricity costs."

Koen explains that combining the lowered cost price with the rising demand is the answer to the growing acreage. "Our numbers show how the average cost per kilo during the spring and autumn can be lowered by 46% compared to the traditional HPS SON-T, to the 70 ct level", he shows, adding how these price is based on energy from a CHP installation.

"Growers producing during winter time have a shorter period to complete their ROI since there's fewer days when the lights are on - yet still we can lower the cost price by 40% compared to SON-T installments. This includes both the initial investment and the energy costs."

Koen adds how these costs are still a surplus on the traditional heated cultivation cycle. "A higher price for the higher quality remains necessary to justify the year round cultivation."

The rising demand from the retailers and the numbers above explain the expanding acreage of LED-lighted strawberry cultivation in Belgium. "Dutch growers aren't making the switch yet, although we do see the illuminated acreage rising in Netherlands as well: this year two growers will opt for another 4.7 hectare", Koen say. "Most growers are currently waiting for the new governmental support. We're expecting them to follow the same trend as the Belgium growers do."